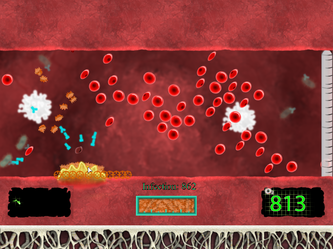 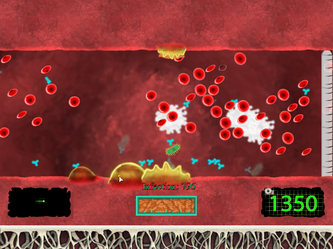 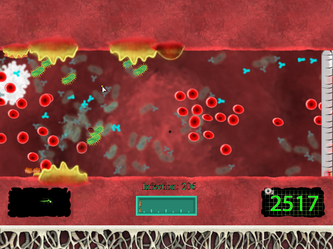 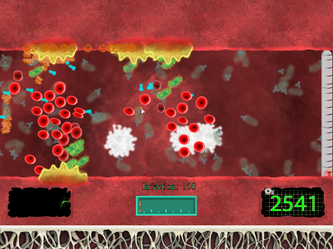 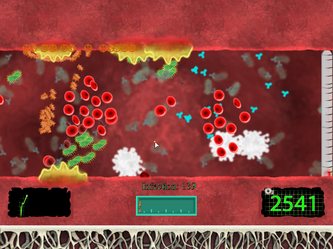 Lymph is a 2D educational dexterity game that teaches players about the human immune system.  The player controls the immune response in an infected blood vessel.  Using antibodies and platelets, they must contain the infection before it spreads.  Using simple controls and approachable mechanics, Lymph illustrates the biological response that keeps us healthy.

Lymph tests player’s ability to perceive threats and react rapidly.  Players split their attention between controlling the spread of bacteria and healing the infection sites. The game sessions are short, but the player is constantly active during play.